There are few practitioners that set the global standard for progressive, refined design in an entire industry like the masters of fittings and accessories at Dornbracht. Since the German company’s first extending water spout sixty years ago, notable for both its elegance and innovative functionality, Dornbracht has followed the guiding principle that, “Change should never be regarded as constraint, but as opportunity.” 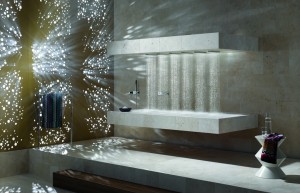 But, like all of Dornbracht’s concepts, the Horizontal Shower is appealing because it’s a dynamic, intelligent response to a current trend in the evolution of home comforts. More and more, the benefits and amenities of spa treatments are making their way into people’s daily lives. And Dornbracht isn’t implementing design breakthroughs just for the sake of extravagance. Instead, they’re taking new trends as an opportunity to revolutionize some of the most basic aspects of the home. 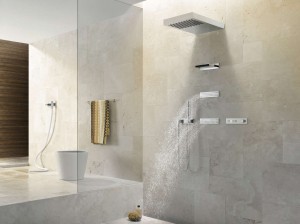 The technology that drives both the Horizontal Shower, and its more traditional counterpart, the Vertical Shower, is a perfect example of Dornbacht’s response to another popular movement: home automation. The shower’s six Waterbar Sprays are adjustable through an electronic control panel, the eTool. This compact piece of digital technology allows any user complete control over temperature and water flow with just one button. Dornbracht has avoided the complicated interface of many digitized systems, combining the intelligence of advanced technology with a classic touch of simple, intuitive design. 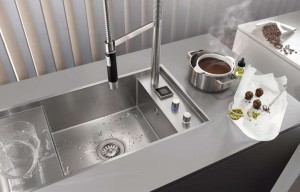 Their upcoming releases, the eUnit Kitchen and the Smart Water tools available in 2015, will expand this idea to water usage throughout the entire home. These straightforward knobs and buttons eliminate the need for touch screens that can be complicated to learn or might have difficulty functioning when wet. 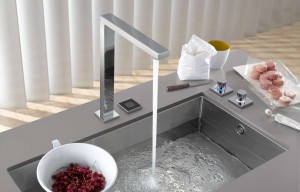 But, while their sleek, minimal design cleverly hides these devices’ complexity, they still pack the power of advanced home automation. They allow users complete regulation of the water in their tubs, showers, and sinks with just a few simple touches. 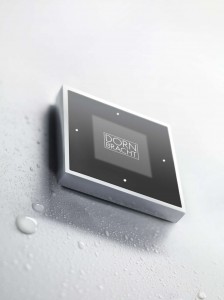 The features that Dornbracht has built into their eUnit and Smart Water systems prioritize value over novelty. They’ve recognized that many of the current home automation systems have features and functions that are amusing, like controlling systems from afar, but they’re not necessarily geared toward making a user’s experience easier or more productive. Dornbracht’s devices allow the user to preprogram water temperature, pressure, and even specific volumes, so your water turns on exactly how you want it every time — advanced control without any superfluous additions. 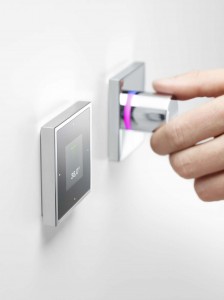 For the kitchen, there is a built-in measurement function that will give you precise amounts of water needed for a certain recipe, and a foot sensor lets you turn the sink on and off while keeping your hands free to take care of other things. It’s the small, thoughtful features like this that can exponentially increase a person’s flexibility and precision while cooking. It will also help make dramatic cuts to wasted energy and resources. 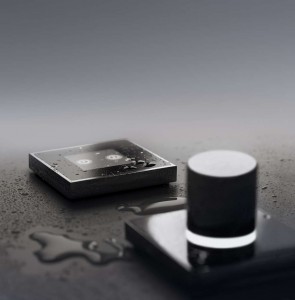 In the bathroom, the Smart Water tools will work with multiple faucets from a single spot that can be positioned throughout the room. One touch of a button will control the sink or start filling the tub to any desired level and temperature, making it easier than ever to escape into the relaxation of a perfect bath. Besides assured satisfaction, this technology also provides heightened control on water flow and conservation. 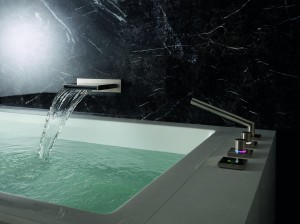 Dornbracht is always capitalizing on changes in technology to push the possibilities of household objects. With this new integration of water usage and digital technology, they’ve found a stylish way to change how everyone can use this valuable resource for both added comfort and efficiency.